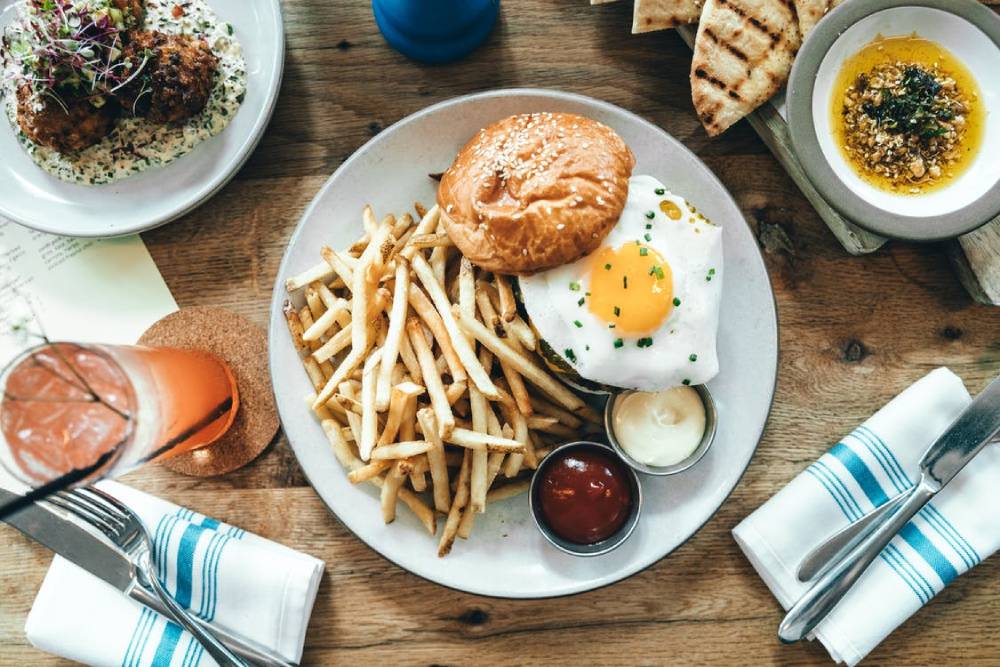 Food-themed board games for everyone! Your next board game night is gonna be delicious!

Point Salad | Easy and fast card game for the family

Point Salad is a card-drafting and tableau-building game for 2–6 players.

Players take turns building a salad of veggies and collecting point cards in order to score the most points for the ingredients in their salad!

The game ends when all cards from both the point card piles and veggie market have been drafted.

The player with the most points is the winner.

Sushi Go Party! | One of the funniest food-themed board games

It’s a party platter of mega maki, super sashimi, and endless edamame in this expanded version of the best-selling card game Sushi Go.

You earn points by picking winning sushi combos and you can customize each game by choosing a la carte from a menu of more than 20 delectable dishes.

The goal is to grab the best combination of sushi dishes as they whiz by. Score points for making the most maki rolls or for collecting a full set of sashimi.

Dip your favorite nigiri in wasabi to triple its value.

But be sure to leave room for dessert or else you’ll eat into your score. Gather the most points and consider yourself the sushi master!

What’s more, up to 8 players can join in on the sushi-feast… let the good times roll!

The deluxe edition features lots of opportunities to customize your playing experience.

A Feast For Odin | Top-rated board game with food theme

Command a Viking band and create your own saga in this epic game!

In this board game, command a band of Vikings to trade, hunt, raid, pillage, and plunder in search of wealth and glory for your tribe.

A Feast for Odin is a saga in the form of a board game, from acclaimed designer Uwe Rosenberg.

Playing this strategic worker placement game for one to four players, you will experience the Viking way of life.

Each player explores new territories—and raids the villages they find there—to increase their wealth and glory, while also taking part in day-to-day activities such as gathering food to feed their band of hungry Vikings.

In the end, the player whose possessions carry the greatest value is the winner.

With an entire action board’s worth of possibilities each round, every new game presents unique challenges, opportunities, and paths to victory.

Take command of your Vikings, sail into the unknown, and write your own saga!

Late at night, your kitchen comes alive in a food-flinging battle to rule the tabletop.

The Meats march into battle against the Veggies, and foods fly as the factions clash!

Who will emerge as the top banana, the big cheese, the burger king? That all depends on you.

FoodFighters is a fast-paced battle game where you command a faction of foods…literally, food fighters.

To win, use every trick in the pantry to knock out three of a kind from the other team.

Yeti in my Spaghetti | An awesome option for our little friends!

The game consists of three peculiar kinds of objects; 30 noodles, one bowl and a yeti! In order to win you must carefully remove noodles without being the one to let the Yeti fall in the bowl.

Yeti in my Spaghetti provides loads of fun for varied aged groups. It’s a quick, easy, simple game that everyone can play and have fun with.

What is more, this absolutely wacky board game teaches kids strategy and motor skills.