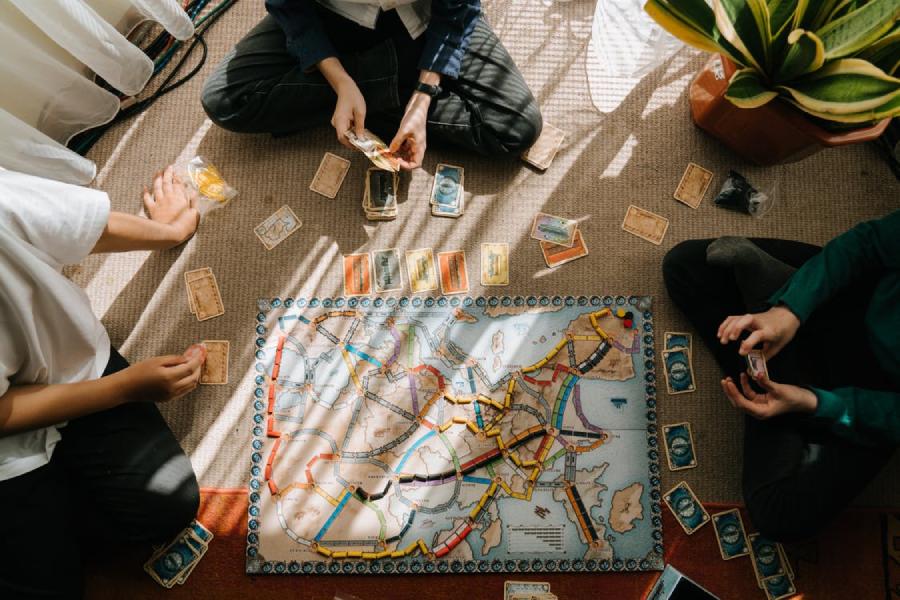 Are you interested in picking up a new hobby or looking for new things to do during your free time? You have come to the right place! We present to you five easy to learn board games which are extremely entertaining and suitable for beginners.

SEQUENCE | Easy to learn although exciting

Play a card from your hand, place a chip on a corresponding space on the game board…when you have five in a row, it’s a sequence! Learn to block your opponents – remove their chips. Moreover, you should watch out for the Jacks – THEY’RE WILD! With a little strategy and a little luck – you’re a winner!

DIXIT | Enchanting and inspiring board game

Dixit is an enchanting game that summons your imagination. A storyteller chooses one card of its hand of cards and proposes an accurate theme. Other players use this theme to select a card from their hand which inspires them. All the cards are shuffled and revealed. Players must find the teller’s card. Most importantly, to score points, the theme must be neither too simple or too complex.

Meanwhile you could learn more about Dixit, the new editions and expansions on the official game’s page.

CARCASSONNE | One of the most popular board games for everyone

Inspired by the medieval fortress in southern France of the same name, Carcassonne is a tile-laying game in which players fill in the countryside around the fortified city. Players choose from tiles that depict cities, roads, monasteries, and fields; each new tile placed creates an ever-expanding board on which players can then add their followers. Players score points by having followers on features as they’re completed. Certainly, the player who makes the most strategic placements of tiles and followers will score the most points and as a result he will win the game.

You start the game with a hand of six cards and the central playing mat, displaying two Mandalas and a River and Cup for each player. The Mandalas are separated into three areas, the Mountain area in the middle and the two player areas on their respective sides. On your turn you can choose from three actions: Either you play exactly one card into the Mountain area of one of the Mandalas and draw up to three new cards, or you play any amount of cards of exactly one color in your personal player area. Using one of these two actions, you have to follow the Rule of Color!

Are you gonna play these easy to learn board games; Tell us your favourite board games for beginners.