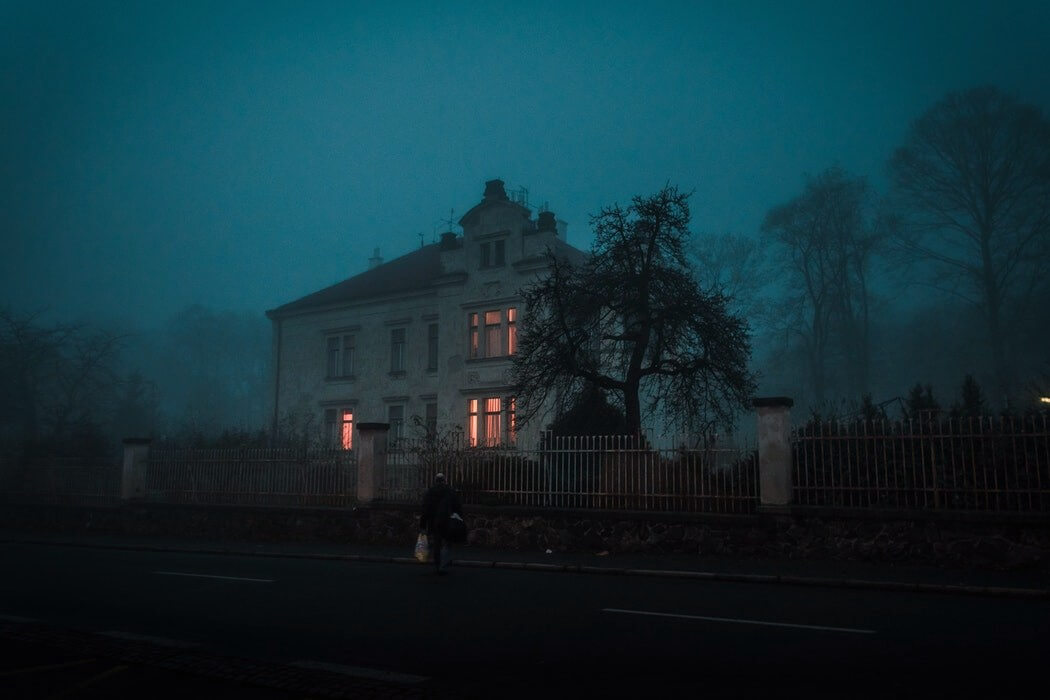 There is nothing better than a horror themed game night. We picked the 6 best horror board games for scary nights and cool thrills.

Arkham Horror: The Card Game is a cooperative card game with roleplaying elements set in the Cthulhu Mythos- a shared fictional universe, originating in the works of American horror writer H. P. Lovecraft.

The “Great Old Ones” or “Ancient ones” a loose pantheon of ancient, powerful deities from space who once ruled the Earth, are about to return to earth and dominate it again through open portals.

You are one of the investigators whom main goal is to close the portals and prevent the disastrous domination of the Ancient One. You will kill monsters, learn new skills, acquire allies and find items, weapons and spells.

Upgrade your character and be prepared for the last battle!

Mansions of Madness is a immersive and cooperative board game of horror and mystery.

You will encounter disturbing scenes and scary settings from the horror stories of the master of the genre, H. P. Lovecraft.

Furthermore, the gameplay is truly enhanced by a new free companion app, available on iOs, Android, Mac and Pc. You choose the narrative scenario to play and the app randomize the map, the creatures, the items and the events as you move on the board.

An new and exciting adventure awaits every time you play!

In Kingdom Death: Monster you and your co-players have to work together in order to survive and thrive in a unique nightmarish world devoid of most natural resources.

You have to fight monsters, craft weapons and equipment and develop your settlement.

Kingdom Death: Monster is not just another horror board game; it is a mind-blowing tabletop experience which is complex and completely immersive.

Be prepared to spend a great amount of time playing the game and to be surprised by the volume of materials shipped with it.

In Eldritch Horror you are part of a team of unlikely heroes engaged in an international struggle to stop the gathering darkness.

To do so, you’ll have to defeat foul monsters, travel to Other Worlds, and solve obscure mysteries surrounding this unspeakable horror.

The effort may drain your sanity and cripple your body, but if you fail, the Ancient One will awaken and rain doom upon the known world.

Eldritch Horror is a cooperative game for one to eight players, based on the fiction of H.P. Lovecraft and inspired by the classic board game Arkham Horror.

Dead of Winter is a meta-cooperative psychological survival game. This means the players are working together toward one common victory condition-but for each individual player to achieve victory, they must also complete their personal secret objective.

This secret objective could relate to a psychological tick that’s fairly harmless to most others in the colony, a dangerous obsession that could put the main objective at risk, a desire for sabotage of the main mission, or worst of all: vengeance against the colony.

Certain games could end with all players winning, some winning and some losing, or all players losing. Work toward the group’s goal but don’t get walked all over by a loudmouth who’s only looking out for their own interests.

Betrayal at House on the Hill

Betrayal at House on the Hill is a tile game that allows players to build their own haunted house room by room and then explore it. You create your own unique board and every adventure is different as your character/explorer changes over the course of the game, depending on how he deals with the house’s surprises.

At some random point during the game, one explorer triggers a “haunt” scenario in which one of the players becomes a traitor and wants to defeat his former companions.

The object of the game is to explore the house and make your explorer stronger until the haunt begins. After that, you goal is to complete your side’s victory condition, either as a traitor or a hero.

Have you played any of the aforementioned horror board games? Which one do you enjoy the most?

Maybe you are interested in detective board games or escape room board games, too.