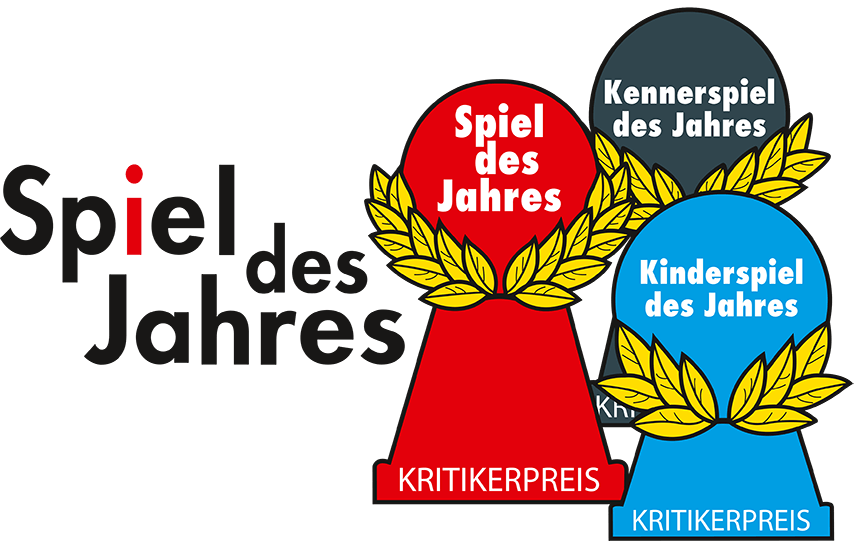 What is “Spiel des Jahres”?

“Spiel des Jahres” is an award for board games in German-speaking countries, which was first awarded in 1979. They reward the excellence in game design based on the following criteria; the game concept, the rule structure, the layout and the design of the game.

In addition, “Spiel des Jahres” have become extremely popular and the games which win the awards see their sales skyrocketing.

Which games are nominated for 2019?

The three nominees for the best game of the year 2019 are :

The winner of “Spiel des Jahres 2019” will be announced on Monday July 22nd.

Just One is a cooperative party game. You play together with your friends to get the best score. It is fast, fun and easy to play.

The game consists of 110 cards, 7 easels, 7 erasable markers and a rulebook.

To begin with, all players together make one of the players guess a Mystery word by secretly writing a clue on their easel. They have to choose their clue without coordinating with each other and to be original as not to write the game clue as another player, as all identical clues will be canceled before the player, who guesses, gets to see them. The group that it gets more correct guesses out of a maximum of 13, wins.

The rules of LAMA are simple, the playing time pleasantly short and the most important point; the game brings a lot of emotions with it.

You get six cards, which you have to get rid of in your turn. The card, which you discard, must be equal to or one higher than the top card of the discard pile. In the case you don’t acquire a card to play, you can either draw a card or pass and be eliminated from the current round. The round ends when a player discards all cards or all players pass.

For leftover cards there are minus points, which are issued in the form of 1 and 10 chips. The game ends as soon as a player reaches the 40-minus mark. Whoever has the fewest points wins.

In Werewords, players guess a secret word by asking “yes” or “no” questions. You have to figure out the magic word before time is up, and win. However, one of the players is secretly a werewolf who is not only working against you, but also knows the word. If you don’t guess the word in time, you can still win by identifying the werewolf.

But you are not alone! To help you out, one player is the Seer, who knows the word, but has to be careful not be too obvious when helping you figure it out; if the word is guessed, the Werewolf can pull out a win by identifying the Seer.

A free iOS/Android app provides thousands of words in hundreds of categories at various difficulty levels, so everyone can play.

So, have you played the games nominated? Which do you think will be the winner?